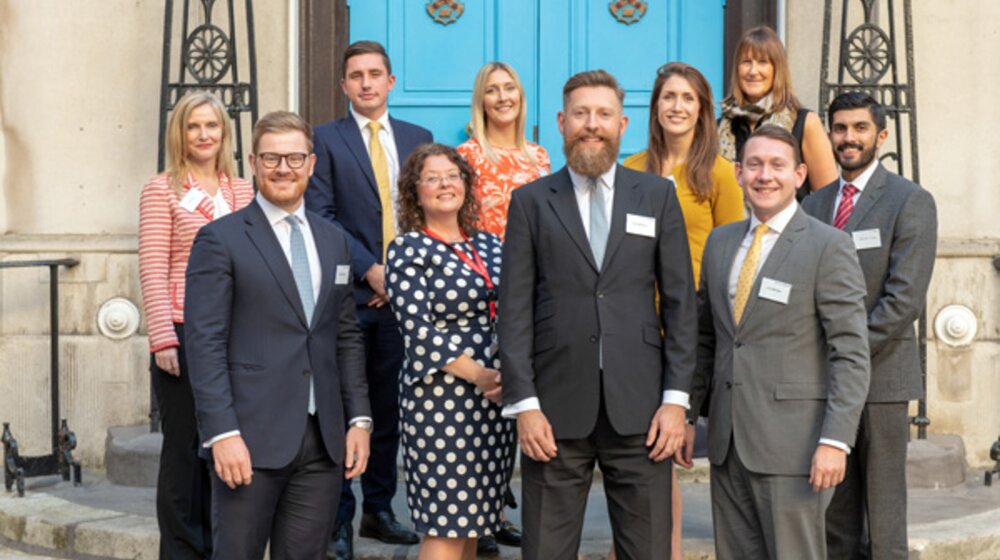 One week ago today, OPDU celebrated our 21st Anniversary with a Drinks Reception at the Stationers Hall, London. Many familiar faces were present, including former Executive Director Jonathan Bull, and former Advisory Chairmen Alan Herbert and Peter Murray.

Chairman Terry Faulkner greeted the guests, and the keynote speech was given by David Fairs of the Pensions Regulator, who congratulated us on reaching 21 years and commended OPDU for its significant contribution to risk management in Pension schemes. OPDU Chief Executive Redvers Cunningham followed up with an overview of OPDU’S history, from its inception back in 1997 following the Maxwell scandal, to the work being carried out today to ensure our policies keep pace with ever-changing regulation and exposures faced by Trustees.

Musical entertainment was provided by a trio of Jazz students from the Guildhall School of Music & Drama, and the combined lovely weather and outdoor Courtyard resulted in a wonderful evening, toasting 21 years of market leading PTL protection.

You are currently offline. Some pages or content may fail to load.